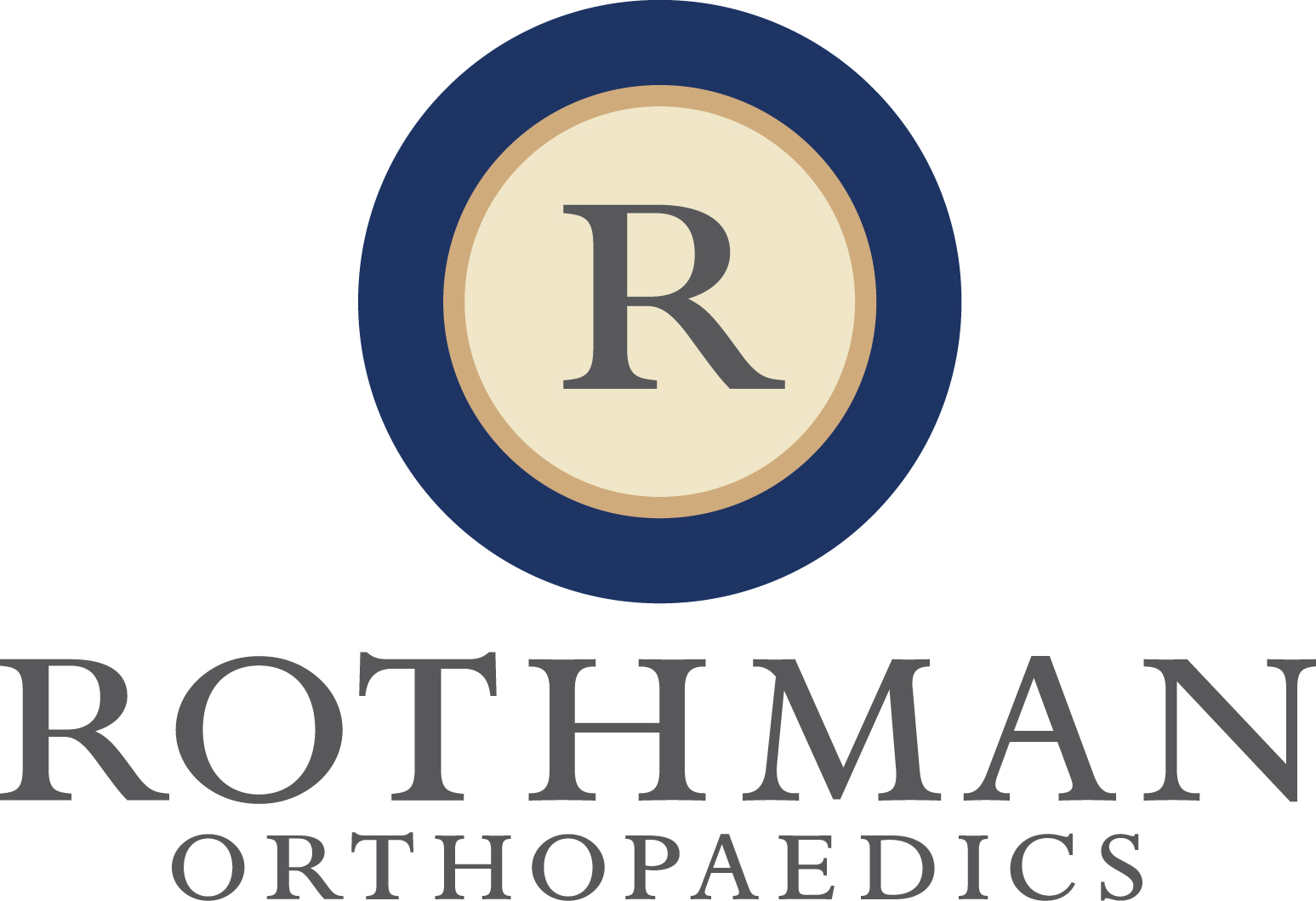 Acute muscle strains are among the most common sport injuries suffered by both professional and recreational athletes. The hamstring is one of the most commonly injured muscles in athletes, accounting for up to 30% of new lower extremity injuries. These injuries can cause significant disability and are at risk of becoming chronic, with reinjury occurring in 12% to 31% of cases. Hamstring injuries are typically muscular with varying degrees of severity from mild strains to complete disruption of the musculature. Injuries at the proximal and distal end of the muscle are less frequent.

Hamstring strains are typically seen in sports that require rapid acceleration with high rates seen in hurtling, soccer, American football and other running, jumping and kicking sports. Professional soccer has one of the highest risks of injury with a 20% rate of hamstring injury reported per season, with 20% of those injuries becoming chronic. And although there is greater awareness of these injuries and their management, the rates have not decreased. In one study of elite soccer players there was a 4% annual increase in hamstring injuries over a 13-year period. In addition, 33% of National Collegiate Athletic Association (NCAA) hamstring tears are occurrences.

As with any diagnosis, the evaluation of patients with hamstring injuries should focus on a thorough history and physical exam. History should elicit the mechanism of the injury, the location of symptoms and whether there was a history of prior injuries. Patients may or may not report feeling a pop at the time of the injury and will typically complain of posterior thigh pain with jumping, running and kicking activities. On physical examination the patient should be evaluated for the presence and location of any swelling, ecchymosis, tenderness and palpable defects. Patients may be noted to have hamstring tightness, especially in the case of a recurrence or chronic strain. Motor function should be evaluated by assessing knee flexion strength. If there is an associated peroneal nerve injury, patients may present with decreased sensation on the dorsum of the foot and weakness of ankle dorsiflexion and eversion.

There are a number of special hamstring tests that are useful and reliable for diagnosing hamstring strains. These tests include the Puranen-Orava test (heel on elevated surface and patient touches toes), the bent-knee stretch test (knee on chest stretch) and the modified bent-knee stretch test (examiner extends the knee during knee to chest stretch). Other helpful tests include the resisted hamstring curl, the standing heel-drag test (single leg squat with contralateral foot placed anteriorly on the ground and then the foot dragged back to midline and the plank test (supine patient rises on elbows and raises the uninjured leg off the exam table and extends the hip of the injured side to elevate the pelvis).

There are three muscles that make up the hamstring complex: the semitendinosus, semimembranosus and biceps femoris (long and short heads). With the exception of the short head of the biceps, all of the hamstring muscles originate on the ischial tuberosity of the pelvis. The short head originates more distally on the posterior femoral shaft. Distally the semitendinosus and semimembranosus insert onto the posteromedial and anteromedial aspect of the proximal tibia, respectively. The long head of the biceps inserts on the fibula head with the short head inserting onto the fibula head, iliotibial band, the posterolateral joint capsule and the lateral tibia. Because the hamstring muscles (with the exception of the short belly) traverse both the hip and knee joints, they are able to extend the hip and also flex the knee. The hamstrings provide dynamic stability by limiting knee extension during and just prior to heel strike. There is also dynamic interplay between eccentric contraction of the hamstring and concentric quadriceps contraction.

Hamstring strain occurs most commonly during eccentric contraction, with the greatest strain occurring at the end of swing phase. As this point the hamstring eccentrically contracts and is at maximal elongation before heel strike. Eccentric hamstring contraction extends the hip and decreases knee extension from heel strike through the stance phase. Intramuscular injuries occur most commonly during the take-off phase of running. The biceps is the most commonly injured (84%), followed by the semimembranosus (12%) and then the semitendinosus (4%). Proximal hamstring avulsion also occur with eccentric contraction, but with the hip flexed and the knee extended, which places the muscle on maximal tension.

There are a number of risk factor for hamstring injury, with the risk factors classified into three categories: inadequate preparation, muscular dysfunction and imbalance, and anatomic abnormalities. Inadequate preparation includes deconditioning, fatigue, inadequate warm-up and dehydration. Muscular dysfunction/imbalance include muscle recruitment issues, hamstring strength deficits, hamstring/quadriceps imbalance and core weakness. Finally, anatomic abnormalities include previous injury, leg length inequality and short fascicle length. Prior injury may lead to increased risk of recurrence by lowering the threshold for injury as the reparative scar causes a stress rise adjacent to normal muscle. The factor that is most important for determining subsequent muscle function and the risk of reinjury is the quality of the scar tissue formed after an initial injury.

Given the increasing prevalence of hamstring injuries and the high rates of recurrence, injury prevention is a key component of management. Hamstring strengthening is critical aspect of injury prevention, with exercises focused on eccentric knee flexion being shown to decrease injury recurrence. Isolated targeting of the individual hamstring muscles can also be helpful, with the long head of the biceps femoris and semimembranosus being more active during hip extension and the semitendinosus and short head of the biceps more active in knee flexion. Eccentric exercises such as the Nordic hamstring exercise has been shown to reduce the risk of hamstring injuries by 50% to 70%. In this exercise, the athlete kneels while his heels are held to the ground by an assistant and then the athlete leans forward allowing his knees to extend in a controlled fashion until reaching a prone position. The athlete then performs a hamstring curl, returning his or her body to a kneeling position. In addition to hamstring strengthening injury prevention should also focus on addressing the modifiable risk factors such as core weakness, deconditioning and poor hydration.

Conservative treatment of muscle strains has been developed empirically from clinical practice. Initial treatment includes a period of rest, NSAIDs, ice and compression for relief of pain and swelling. Physical therapy can then be initiated to improve range of motion and strength. Athletes are cleared to return to play when they have attained full or near-full range of motion and strength. In the early stages of return it is critical to avoid excessive fatigue to prevent reinjury. It is also important that the muscle be warmed up with low-level activity prior to intense activity. Surgical treatment, even for complete muscle ruptures is typically not recommended, as equivalent or superior results can be achieved with conservative management. The only indication for surgery is a hamstring avulsion either at the origin on the ischial tuberosity or distally at the insertion.

Conservative management of hamstring strains have included the use of other modalities.  While some have reported improved recovery and faster return to play with the use of steroid injections, this treatment remains controversial and not mainstream. In recent years, the use of platelet-rich plasma (PRP) in the management of muscle and tendon injury has become popular.   A meta-analysis from 2015 compared the efficacy of rehabilitation, PRP injections and other interventions in the management of acute hamstring injuries, and found rehab consisting of eccentric exercises to produce the best results with reduction in the time to return to play. There was limited evidence to support PRP injections, agility or trunk stabilization. In the analysis, three studies investigating PRP showed no effect compared to control.  However, many of those studies were underpowered and of poor or fair quality. A more recent meta-analysis published in 2018 showed that PRP injections may significantly reduce the time to return to sport among patients who sustained grade I or grade II muscle strain, but the results were inconclusive.

An ongoing study comparing 31 NFL football players who received PRP with 30 who did not for grade II hamstring muscle injuries has found that PRTP injections allowed players to return one game sooner compared to those treated with rehab alone. There were no re-tears in the PRP group. The protocol currently being used by the authors of this study for the treatment of hamstring injuries in elite athletes typically involves obtaining an MRI to localize and grade the injury, followed by a PRP injection within the first 24-48 hours. Second and third PRP injections are performed at 5 to 7 days apart depending on the response to preceding injections. Physical therapy is then initiated and functional testing, such as plank strength and knee flexion strength, are used to determine the timing of return to play.

In summary, hamstring muscle injuries are common among athletes and can cause significant disability. While treatment outcomes are predictable, recurrences are common. Nonsurgical treatment is the mainstay and focuses on eccentric strengthening with the possible addition of PRP. While the literature is inconclusive, there is evidence to suggest that PRP may speed up recovery and possibly decrease the risk of reinjury.

6. Sheh U, Dwyer T, et al: Does Platelet-Rich Plasma Lead to Earlier Return to Sport When Compared with Conservative Treatment in Acute Muscle Injuries? A Systematic Review and Meta-analysis. Arthroscopy: J of Arthroscopic and Related Surgery 2018;34:281-288.