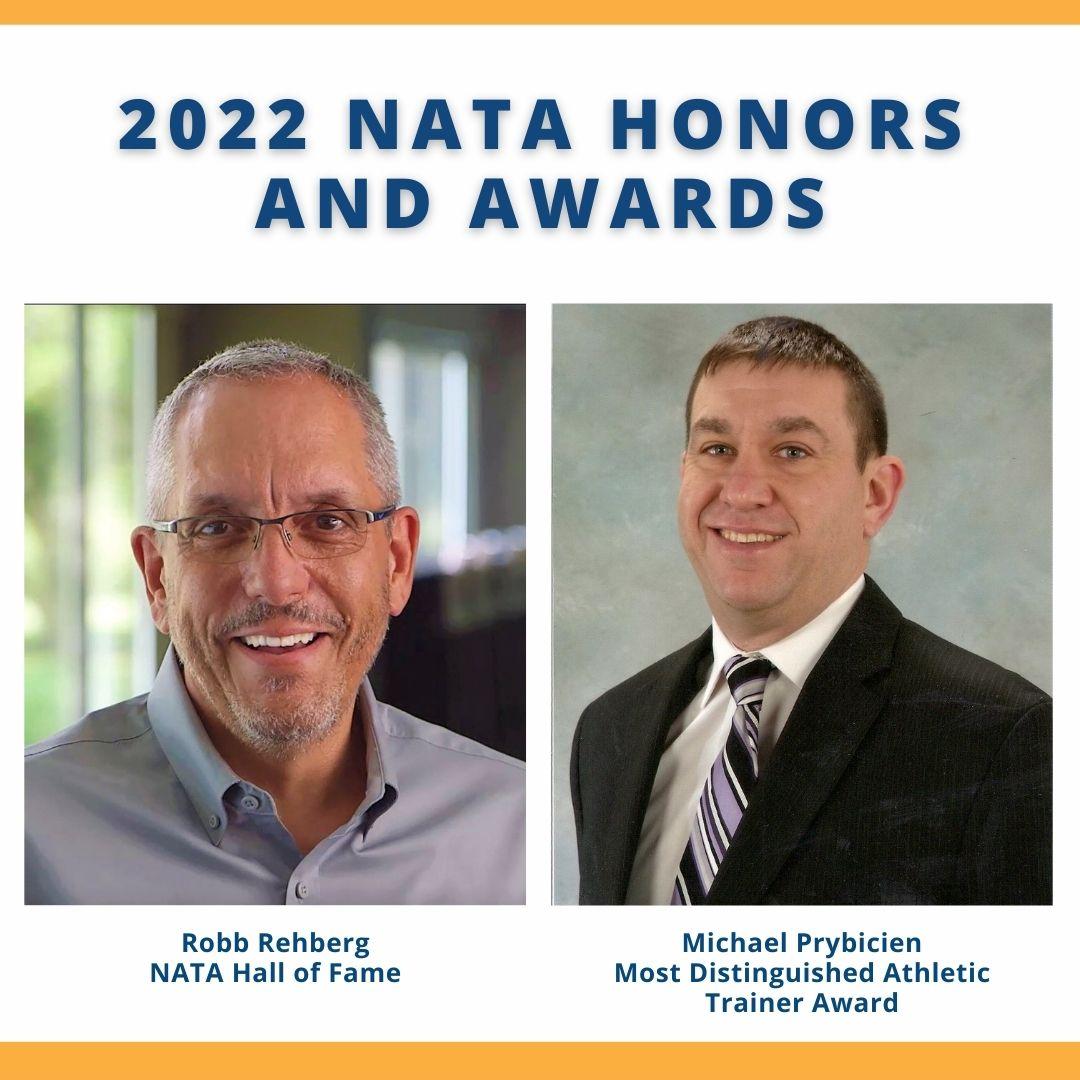 “I would like to congratulate Mike Prybicien and Robb Rehberg on receiving these awards and honors, they are well deserved. Both Mike and Robb have been tremendous assets to the ATSNJ and the advancement of our profession in the state of New Jersey,” said Jessica Springstead, President of the Athletic Trainers’ Society of New Jersey, Inc.

Michael Prybicien is currently employed as an athletic trainer at Passaic High School. Michael has received several awards for his work in the field. He is a recipient of the NATA Service Award as well as the ATSNJ Distinguished Service Award. Michael served as ATSNJ President from 2009-2011 and has been inducted into the ATSNJ Hall of Fame.

“I am honored that the National Athletic Trainers' Association is honoring me with this award. Individual awards can not be accomplished without working with many great people to accomplish goals for the betterment of athletic training and sports safety. Thank you to every health care professional, administrator, coach, athlete and parent who has helped along the way. Most importantly thank you to my family for sharing me with the profession I love so much,” said Michael Prybicien.

Robb Rehberg currently serves as professor of athletic training and sports medicine at William Paterson University, and is a medical consultant and coordinator of the ATC Spotter program for the National Football League. He is a subject matter expert for emergency care for the National Safety Council, President/CEO of Sport Safety International, and co-founder of The Rehberg Konin Group.

“I am beyond humbled to join a distinguished group of professionals whom I have admired throughout my career.  To be recognized by the profession I love  so much is truly an honor of a lifetime,” said Robb Rehberg.