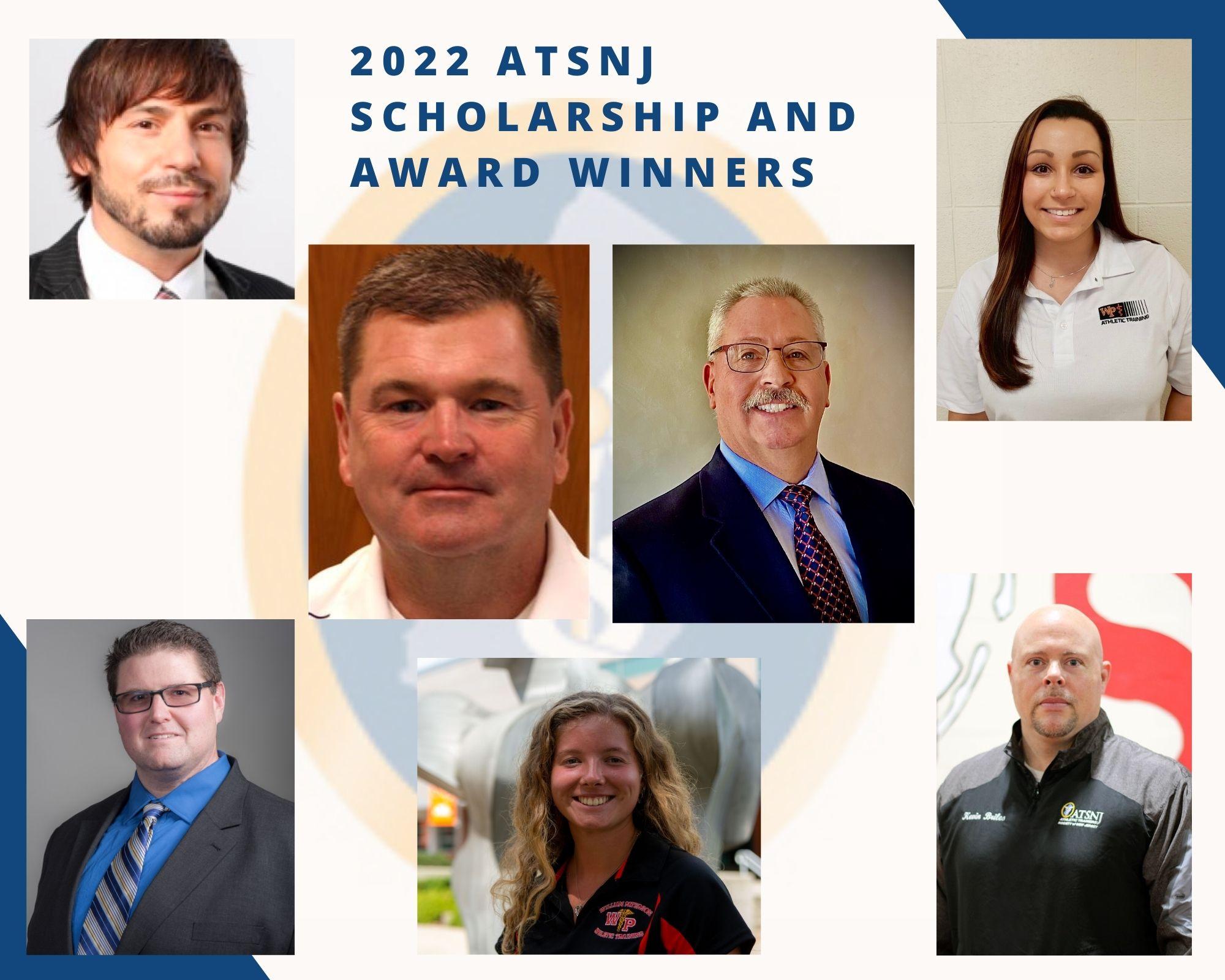 The Jack Weakley D2 Scholarship - As the Director of the Sports Medicine Group for Johnson and Johnson Consumer Products Company, Jack Weakly,  continuously played a major role in the NATA, the profession of athletic training, and the evolution of the ATSNJ.  He has been instrumental in providing leadership, guidance and his support of our organization. The Jack Weakley D2 Scholarship is named for an individual who was a champion of athletic training on a national level and a true friend of athletic trainers in the state of New Jersey who share Jack’s motto “Helping those who help others.”

This year’s recipient is Jenna Daily. Jenna is an athletic training student at William Paterson University.  Her nominator, Jaclyn Morrissette states, “Jenna always displays a high degree of willingness to learn, ability to work well with others, and adaptability by being able to handle the challenges of multitasking.”  Jenna hopes to increase the awareness and availability of healthcare within the dancing community.

Richard Malacrea College Scholarship - A respected member of the NATA for 27 years, “Dick” Malacrea’s accomplishments were extensive since achieving his Certificate of Physical Therapy in 1957.  Hard work and sacrifice became a way of life for Dick after serving in the US Army. He attended West Chester College as a staff athletic trainer before becoming  the head athletic trainer at Princeton University. Dick was a charter member of the ATSNJ and ATSNJ Hall of Fame 1992 inductee. He was a founding father of the ATSNJ and one of the original authors of the New Jersey Athletic Training Practice Act in 1984. Dick has worked to create a high standard for athletic trainers.

This year’s recipient is Alicia Mitchell from William Paterson University. Alicia’s supervising AT Donald Heyburn says. “Alicia is a mature, intelligent young woman. She truly enjoys her work as an athletic training student and is very driven in her pursuit of her education.” Heyburn goes on to say that “She possesses the stamina, intelligence, and drive to become a very successful athletic trainer.”  Alicia has been accepted as a Graduate Assistant at the University of South Carolina.

ATSNJ Presidential Award is chosen by the President to a person or group that has a significant impact on the society.

ATSNJ has worked with Antonio Estevez over the past 5 years. His behind the scenes work keeps our site updated with the latest security patches and updates while also ensuring a smooth user friendly site design.  His patience and guidance in working with the ATSNJ technology committee has lead several key areas of development for the organization including:

As well as countless other behind the scenes workflows.  As an organization run by volunteer athletic trainers, having Antonio as consultant has been a true pleasure.  Antonio has always taken care of the needs of our society and made sure that we were able to conduct our business.

The ATSNJ Distinguished Service Award (DSA) recognizes ATSNJ members who have demonstrated exceptional commitment to leadership, volunteer service, advocacy and distinguished professional activities as an athletic trainer. The DSA exclusively recognizes ATSNJ members who have been involved in service and leadership activities at the state and district level.

This year’s recipient is Kevin Briles. Kevin has been an ATSNJ Southern Region Representative,  Executive Council member, member of the ATSNJ Secondary School Committee, ATSNJ President and currently serves as the ATSNJ Past-President. He serves as a clinical instructor for Rowan University and has served on the NJSIAA Sports Medicine Advisory Committee. Kevin has also volunteered for the NJSIAA State wrestling championships. He received the NJSIAA Athletic Trainer Service Award in 2003 and was inducted into the NJSCA Hall Of Fame in 2017.  Kevin has been the athletic trainer at Delsea Regional High School since 2004.

The ATSNJ Hall of Fame exists to recognize the very best of our profession in the state of New Jersey.  Induction into the Hall of Fame honors athletic trainers who exemplify the mission of the ATSNJ through significant lasting contributions that enhance the quality of health care provided by athletic trainers and advance the profession. They have helped shape the profession in New Jersey through their noteworthy accomplishments and dedication to service, leadership and professionalism.

Mark also served as the EATA, Sponsorship Committee Chairman.  He has received the NATA Athletic Training Service Award, the ATSNJ President’s Award, ATSNJ Distinguished Service Award, and was inducted into the NJSCA Hall of Fame in 2019.

Mark was instrumental in the ATSNJ’s acquisition of a lobbyist in Trenton.  Having representation helped lead the way to our licensure, public school certificate, and the ability to work in any setting.

The ATSNJ Hall of Fame exists to recognize the very best of our profession in the state of New Jersey.  Induction into the Hall of Fame honors athletic trainers who exemplify the mission of the ATSNJ through significant lasting contributions that enhance the quality of health care provided by athletic trainers and advance the profession. They have helped shape the profession in New Jersey through their noteworthy accomplishments and dedication to service, leadership and professionalism.

Our Class of 2022 inductee is William vonLeer.  Bill has served the ATSNJ through various task forces and committees.  These include the Task Force on Scholastic Athletic Trainer Evaluation Writing, the Governmental Affairs Committee, Secondary School Committee, Golf Committee, and the Nominations Committee.  He also served as the Southern Regional Representative.

Bill’s efforts have led to the removal of practice-setting restrictions in the practice act, and have advocated for Athletic Trainers to administer Epi-Pens, Glucagon, and carry Emergency Inhalers. Bill has helped to advance the public recognition of Athletic Trainers as health care professionals and advance the safety of New Jersey ‘s student athletes.

Phillip Hossler Loyalty and Commitment Award-Phil Hossler served the ATSNJ over a span of three decades.  He was the first ATSNJ Secretary/Treasurer (1977-1980) and was the only two-time ATSNJ President (1983-1984, 1997-1998).  Phil’s inventive mind not only improved his own work environment but enhanced secondary school athletic training across the state.  He was also the driving force behind the Department of Education certificate for athletic trainers.  Phil was well known for his kind nature and willingness to help those in need. If you were a secondary school AT and needed advice, you would call Mr. High School, Phil Hossler.  Phil received many accolades, including the ATSNJ Distinguished Service Award and was inducted into the ATSNJ, NJSCA, NJSIAA & NATA Halls of Fame.

The Phil Hossler Loyalty and Commitment Award recognizes a deserving athletic trainer in New Jersey for their service to the athletic training profession, their setting, and their communities.

This award recognizes athletic trainers who have:

This year’s recipient is Joseph Friedrich.  Joe has served on various ATSNJ committees such as the Chair of the Technology Committee, Conference Committee, Public Relations Committee, and the Sponsorship Committee.  Joe has been involved in various activities in and out of the athletic department at Georgian Court University and has done outreach CPR classes in his community.